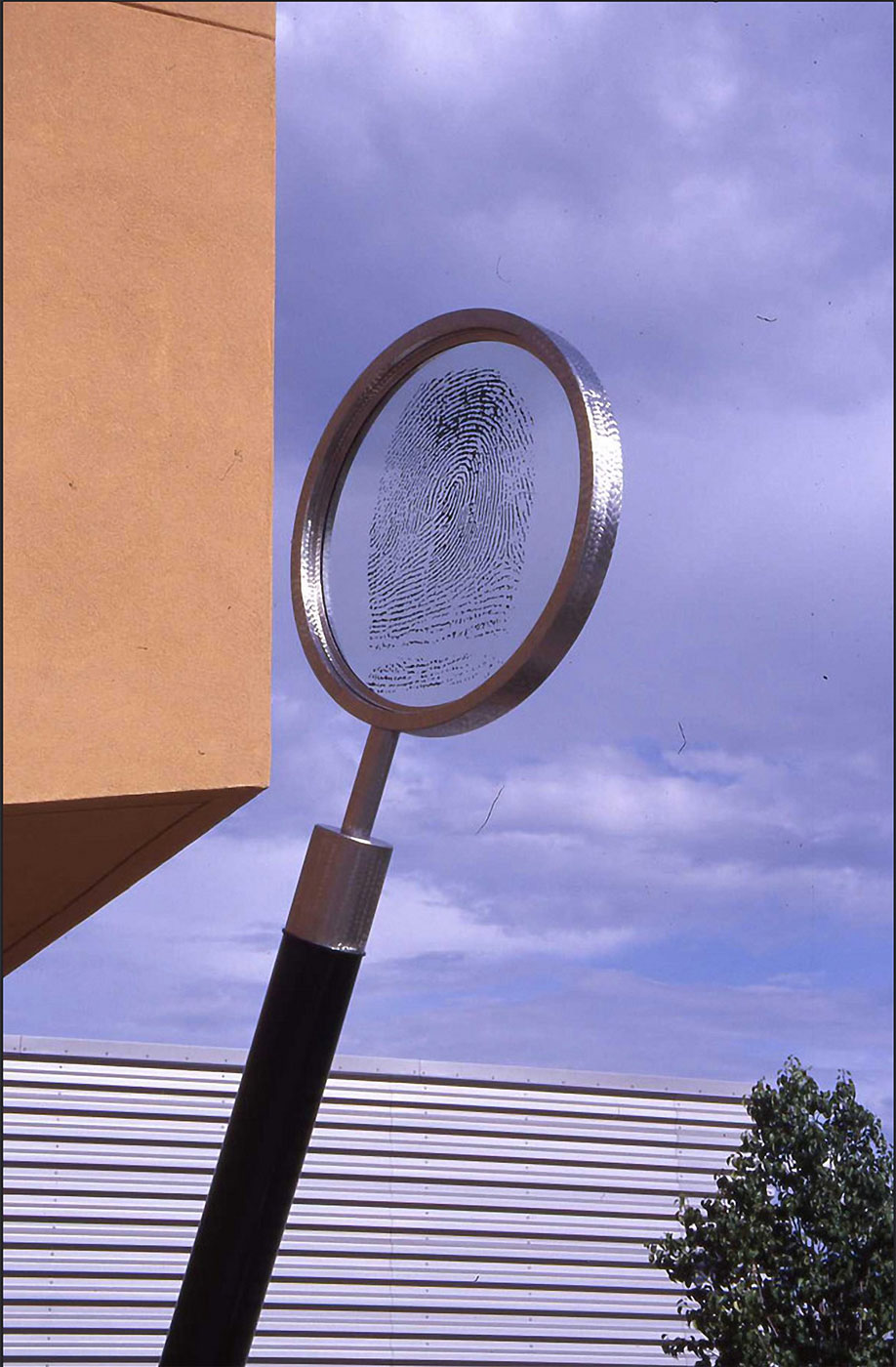 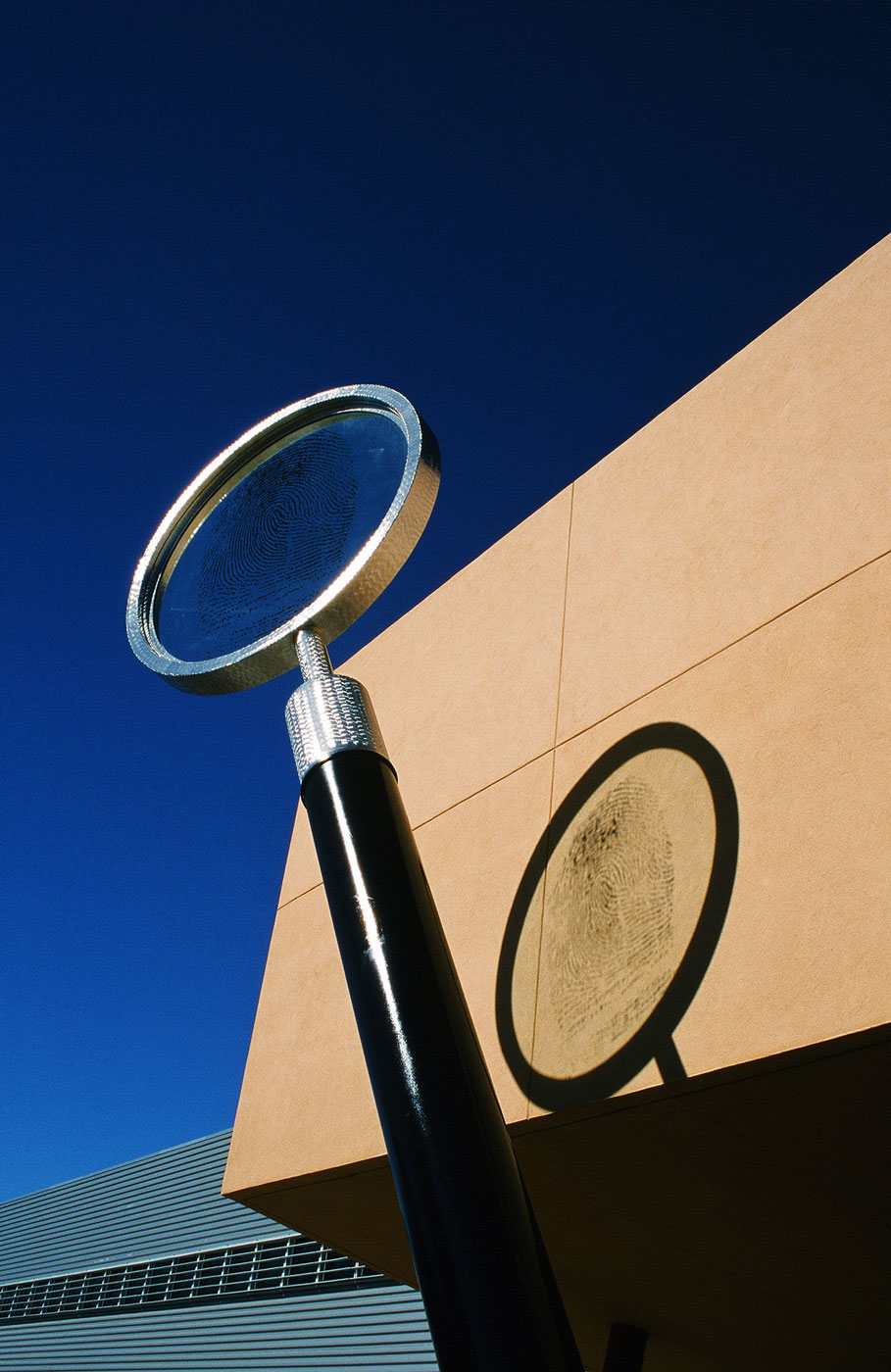 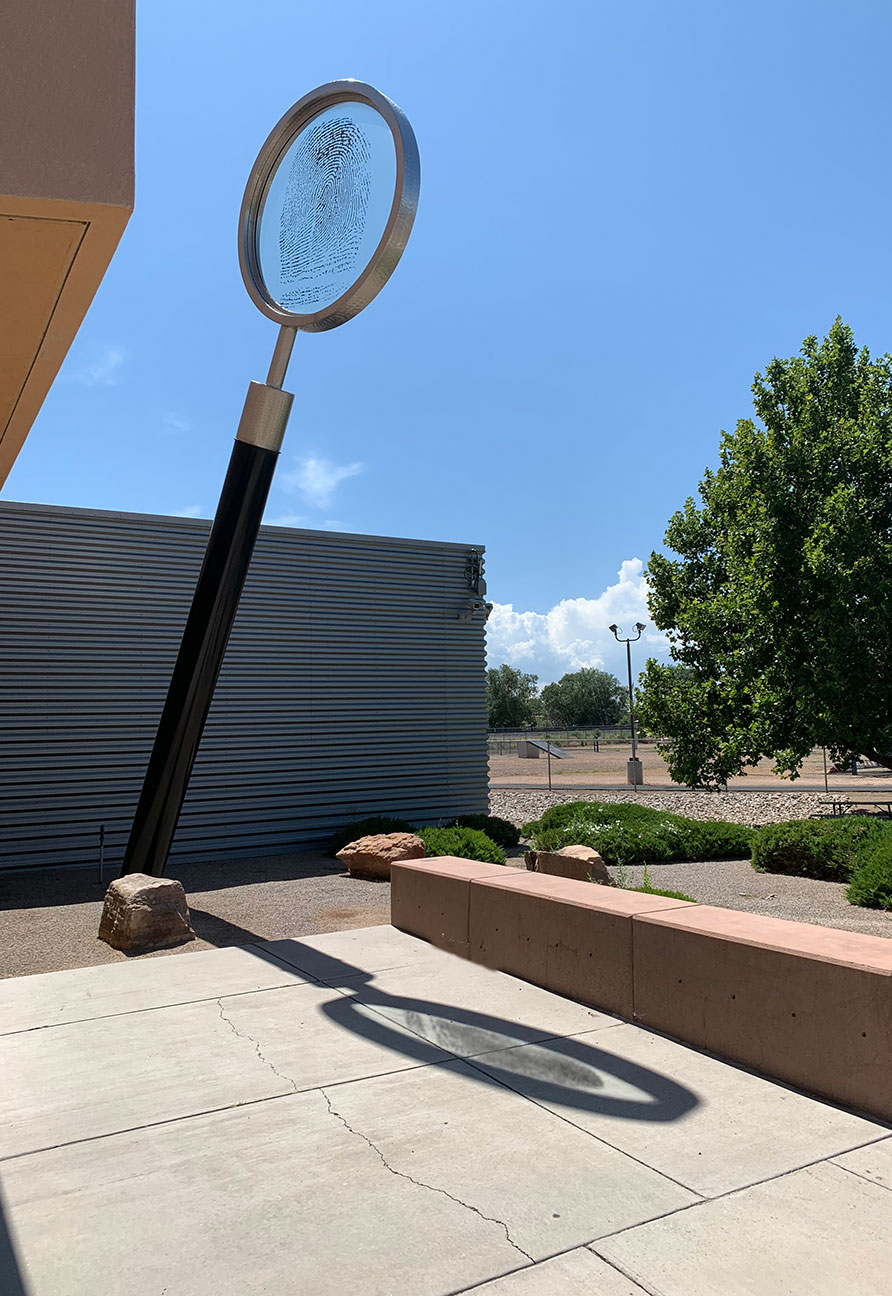 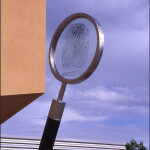 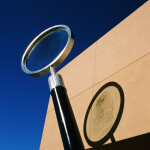 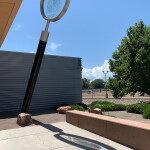 This unique work reflects the core values of forensic science. The 25-feet high stainless steel spy glass includes a huge fingerprint, 9 feet in diameter. As the sun tracks across the sky, the fingerprint shadow is cast across the face of the building and moves down to the ground plane, representing the elusive quality of evidence. Year in Review Selection: Americans for the Arts.

A Personal Story
I joined an open call for artists to propose an idea that would capture the essence of the city's new Forensic Science Center. We visited the site, took lots of pictures and noticed the building's position in relation to the sun's trajectory. And we knew what to do. Draw it!

The public commission reviewed my sketches and said if the sun would actually cast shadows of the evidence ~ the elusive fingerprint on the magnifying glass ~ the way I drew it, Firefly had the commission. Scientific solar studies proved the concept and we got to work!

Today you see the shadow of that fingerprint creep along the stucco wall of the forensic center so memorably it's been used  in movies.

Fast forward ~ on a return visit last year, with camera in hand, 5 men and women rushed outside to ask if I were the artist. Several claimed it was their print on the glass as they held up their thumbs. They were excited to find out for sure whose it is.

Too bad I couldn’t tell them, as I was sworn to secrecy by the Forensic Science  Lab Manager.